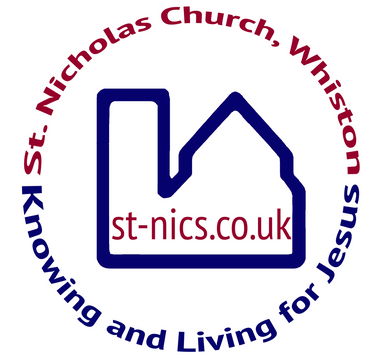 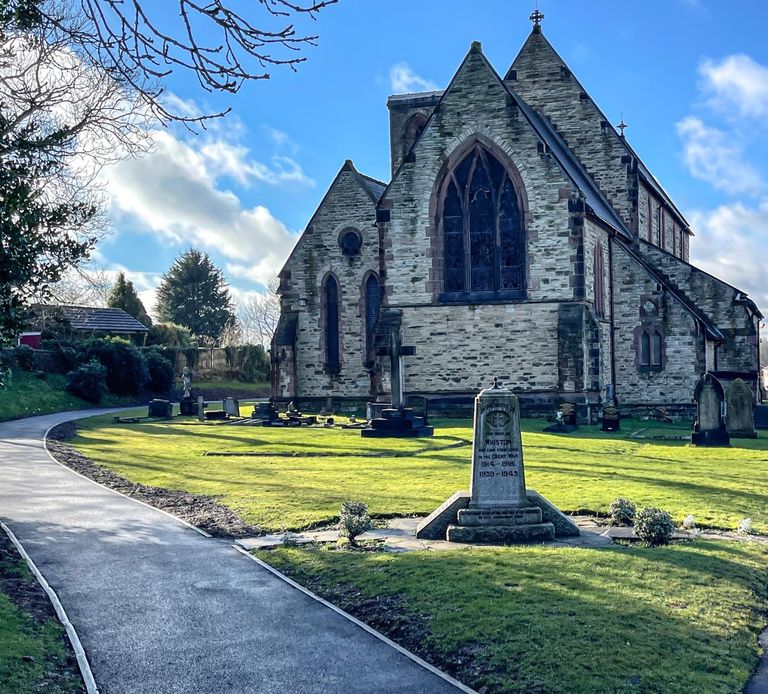 Our building was constructed using red sandstone between 1864-1868 in the Early English style. It was designed by one of the pre-eminent ecclesiastical architects of the 19th century, G.E. Street. Originally the tower was designed to include a  parapet and a spire, as plans by G.F. Bodley (kept in the church) show, but due to concerns over mineshafts in the area and the possible weight of a spire these elements were never built.

Internally there  are a number of important features to see:

HE IS EMMANUEL - GOD WITH US!

This focuses on the birth of Jesus and particularly the visit of the magi (wise men) which is recorded in Matthew 2. Gifts of gold frankincense and myrrh were brought which remind us that Jesus is God's long promised king (gold) , who was born to die (myrrh) and who is able to represent us before God the Father (frankincense). The reredos was installed in 1875-7 and has a crested timber frame. 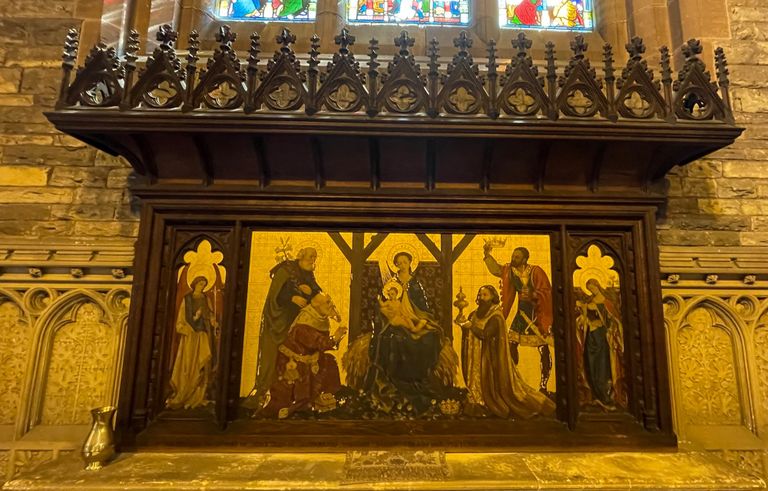 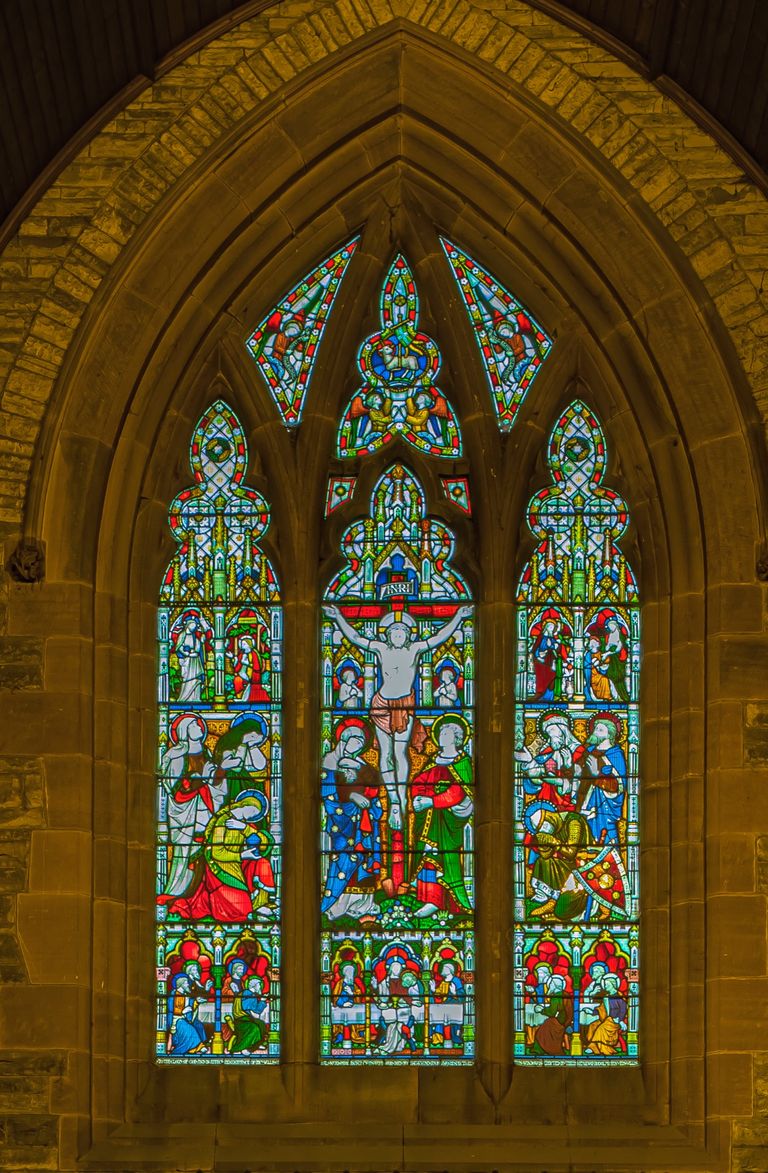 HE IS JESUS - THE LORD SAVES!

This focuses on the crucifixion. God is not remote from us. He entered our world as a person (Jesus), felt our pain and died in our place. All four Gospels detail Jesus death. On the cross a great exchange takes place - he takes on Himself our wrong doing, dying in our place. Through faith in Jesus death on  the cross it is possible for us to receive forgiveness and friendship with God. No wonder the cross is such a popular Christian symbol! The window itself was designed by Clayton and Bell and was installed in 1876-7.

HE IS CHRIST - GOD'S CHOSEN KING!

These depict angelic musicians and at the top there is a depiction of Christ as the reigning King of Heaven. It is a reminder that Jesus did not stay dead. The Gospels record that several days after His death on the cross, Jesus rose from the tomb where he had been placed. After appearing to his disciples numerous times over a period of 40 days, he ascended into Heaven. These windows are the work of the renowned artist William Morris (whilst the windows on the South side of the chapel were done by his company). 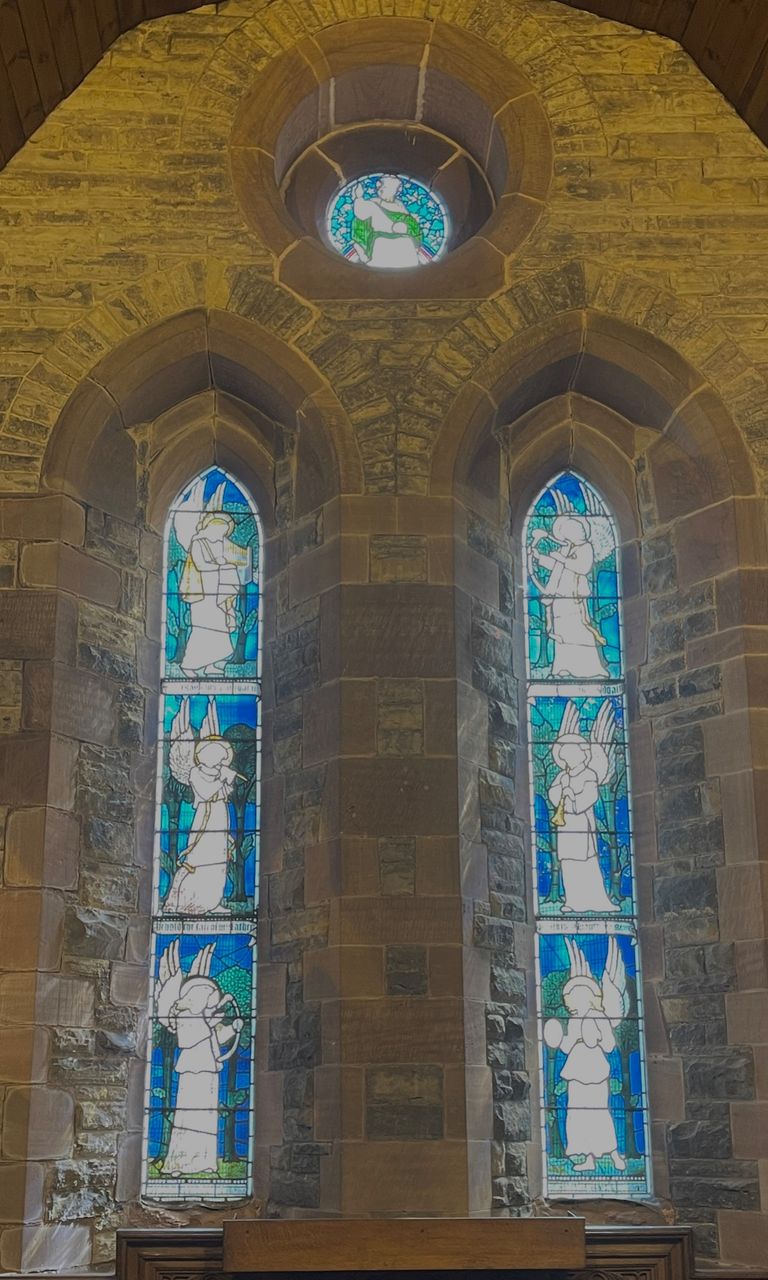 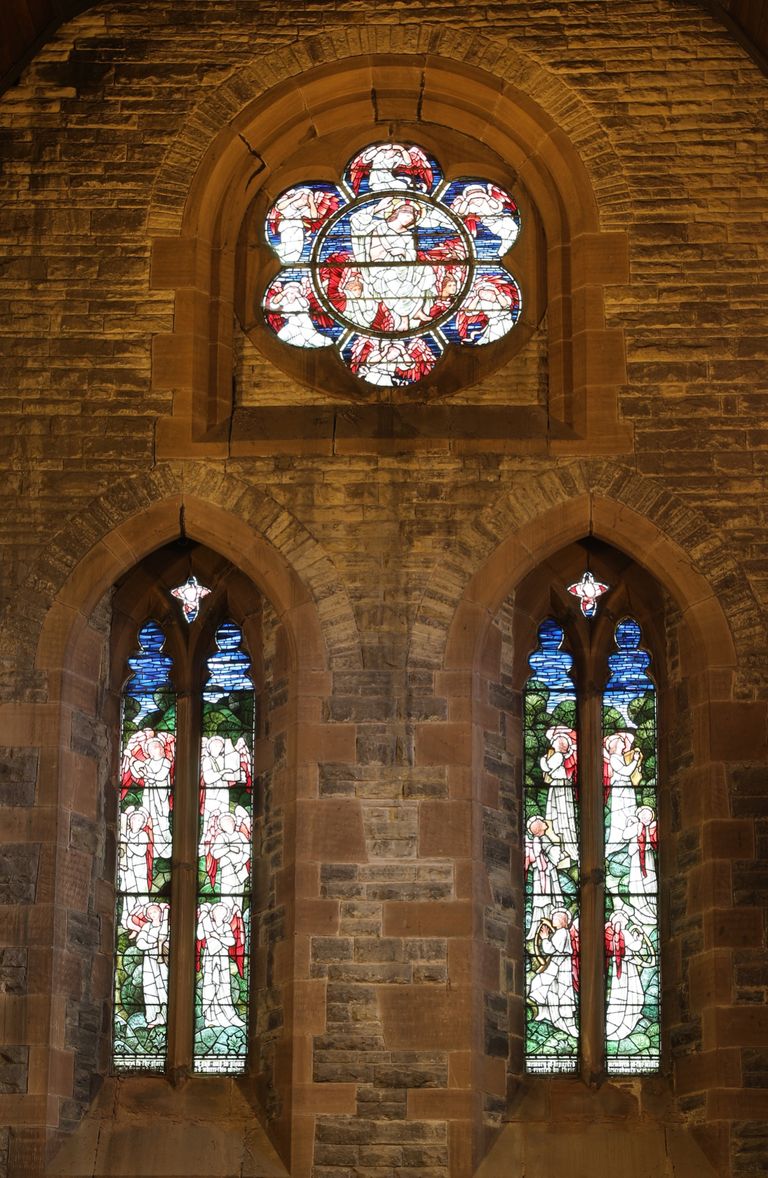 HE IS COMING SOON!

Again, this window reminds us that Christ is reigning in glory as we await His return as the judge of the living and the dead. An 1881 edition of Artist  recorded the following: “Sir Edward Burne-Jones, has designed a beautiful west nave window for St. Nicholas’s Church, Whiston, the subject of which is “Paradise,” and the rose window at the uppermost part of the window is “Our Lord in Glory, enthroned among the Angels,” while below, in the lancet lights, is a verdant landscape with paths around, and among the foliage and flowers, ascending and descending these paths are angels in praise, robed in white, and carrying musical instruments. The effect of these angels with their ruby pink wings on the different greens of the landscape, is very noteworthy, and the whole effect is greatly enhanced by the bits of sky, which appear at the horizon, as it were of the landscape.”

Do come and take a look at these features and others from our history which bear witness to His story: Who Jesus is and why He is worthy of our devotion.